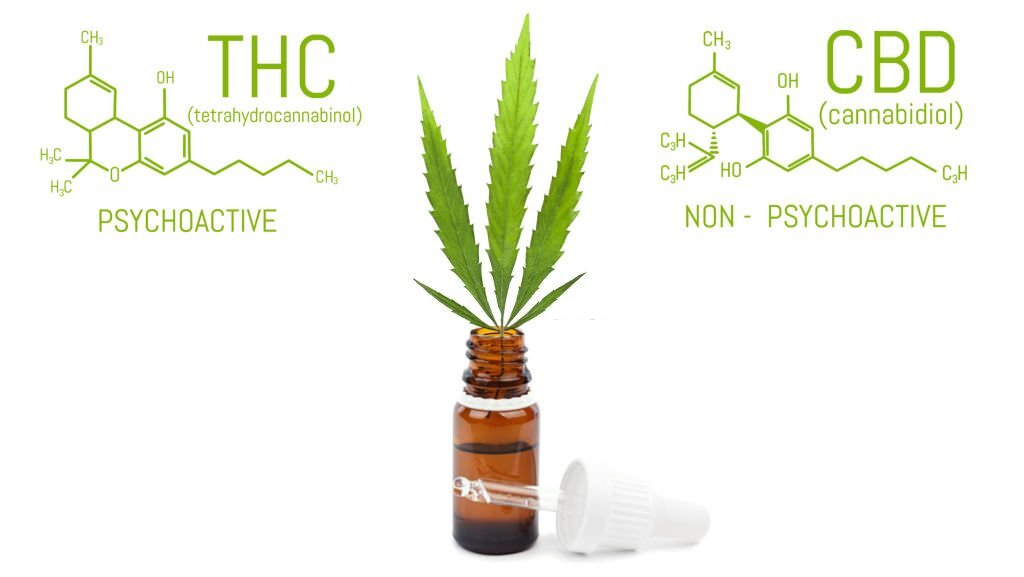 Cannabis contains over 113 different chemical components called cannabinoids. Of those, there are two main ones: cannabidiol (CBD) and delta-9 tetrahydrocannabinol, better known as THC.

Both of these chemicals occur naturally within the plant, and both have been shown to produce positive effects. However, each cannabinoid produces different side effects and affects people differently.

For example, some people find that high doses of THC cause feelings of paranoia and anxiety, while others report feeling relaxed and happy.

To deal with anxiety, which would be better, CBD or THC?

Keep reading to find out the answer.

Anxiety is a common mental health condition that can affect anyone at any time in their life. It's not just about being stressed out; it's also about having too much stress.

It's also not uncommon among older people. In fact, around 10% of people aged 65 years and older experience symptoms of anxiety every day.

The causes of anxiety are complex, but they usually involve an imbalance between your brain's neurotransmitters – serotonin, dopamine and norepinephrine.

These neurotransmitters help regulate mood, energy levels and sleep patterns. They also control how well you process information from your senses.

When the balance of these neurotransmitters is disrupted, this can lead to feelings of stress, depression and anxiety.

How Does Both CBD And THC Work?

As mentioned above, CBD and THC are both cannabinoids. Cannabinoids are compounds that act on receptors throughout the body. These receptors are located mainly in the central nervous system.

However, they also exist in many other organs and tissues.

This means they can interact with many different systems and processes in the body.

For example, they can influence things like pain perception, appetite, memory, mood and even metabolism.

Because of this, it's difficult to say precisely what CBD and THC do when taken together. But we know that they interact with the endocannabinoid system.

This is a network of receptors and proteins regulating various body functions.

One thing that researchers have discovered is that CBD works best when combined with THC. When used together, they seem to create synergistic effects.

Synergy refers to the way two or more substances combine to create something greater than the sum of its parts.

This is why combining CBD and THC seems to produce stronger results than either substance alone.

For example, studies suggest that CBD and THC work together to increase the amount of serotonin produced in the brain. Serotonin plays a crucial role in reducing anxiety.

Another study suggests that CBD and THC work synergistically to boost the production of GABA (gamma-aminobutyric acid). GABA is another chemical that influences mood and behavior.

The Benefits and Risks Of Combining CBD & THC

Combining CBD and THC can provide some benefits. However, there are also risks involved.

The main benefit of combining them is that they seem to work together to boost each other's effects.

It's not clear whether this is due to CBD increasing the bioavailability of THC or vice versa.

But it does appear that CBD and THC work well together.

There are also potential risks involved. One risk is that people who use high doses of CBD and THC may experience unpleasant side effects.

These include feelings of paranoia, confusion, hallucinations and even psychosis. Other risks include addiction and dependence.

If you take too much CBD and THC, your body will start producing its own version of these chemicals.

This is called cannabinoid hyperemesis syndrome. It causes severe nausea and vomiting.

If you develop this condition, you should seek medical help immediately.

In fact, mixing CBD with any type of cannabis product is not safe at all.

THC is indeed the most well-known cannabinoid, but it also comes with drawbacks. For instance, it can make you feel paranoid, more anxious, and even euphoric.

On the other hand, CBD has no psychoactive properties like THC does. Instead, it interacts with your body in ways that can help you feel calm and relaxed.

Which One Is Better for Anxiety?

If you want to know whether CBD or THC will be better for your anxiety, then you need to consider what kind of person you are.

This is because the way that each chemical works depends on your body's chemistry.

For example, THC tends to be more effective for people with low endocannabinoid levels. These are natural compounds produced by our bodies that act like messengers to communicate with our brains.

However, when we don't have enough of them, THC can actually interfere with this communication.

This makes it harder for us to feel calm and relaxed.

On the other hand, CBD doesn't seem to have this effect. Instead, it seems to work best for people who already have plenty of endocannabinoids circulating in their bloodstream.

This means that CBD should be more effective for people with higher levels of anxiety.

How Does CBD Work to Help With Anxiety?

There are several ways that CBD may help alleviate anxiety. CBD works by interacting with your brain's specific proteins called CB1 and CB2 receptors. These receptors play a role in regulating mood, appetite, pain perception, memory, and other functions.

When CBD binds to these receptors, it seems to have a calming effect. In fact, some studies suggest that CBD might even be able to treat anxiety disorders without any THC at all.

The exact mechanism behind how CBD helps reduce anxiety isn't fully understood yet. But there are several theories.

One theory suggests that CBD could interact with serotonin receptors in the brain. Serotonin plays a key role in regulating mood. So if CBD increases the amount of serotonin available in your brain, then it could help improve your overall sense of wellbeing.

Another theory suggests that CBD could activate certain neurotransmitters in the brain. Neurotransmitters are chemicals that carry messages from one nerve cell to another. They regulate things like sleep, mood, and appetite.

One study found that CBD increased the activity of GABA, a neurotransmitter that calms down the central nervous system.

In addition, CBD appears to enhance the effect of other treatments for anxiety. For example, it might make antidepressants work better by boosting their effectiveness.

Finally, CBD may improve sleep quality. This is because it helps regulate certain hormones that are essential in regulating sleep cycles.

So if you suffer from anxiety, it may be worth trying CBD instead of THC.

Is There Any Evidence That CBD Works for Anxiety?

Several studies have shown that CBD reduces anxiety in humans.

One study compared the effects of CBD and THC on people with social phobia. The researchers gave participants either CBD or THC before giving them public speaking tasks.

They found that both drugs reduced anxiety. However, CBD was much less likely to produce side effects such as nausea or dizziness.

Another study looked at the effects of CBD on people with PTSD. Participants were given a single dose of CBD or placebo before being asked to complete a series of stressful memory tests.

Once again, CBD proved to be significantly more effective than placebo.

What About Other Types of Anxiety?

CBD is most commonly used to treat generalized anxiety disorder (GAD). However, there is some evidence that it may also be helpful for specific types of anxiety.

For example, one study showed that CBD helped to reduce symptoms of OCD. Another study suggested that it might be helpful for people with post-traumatic stress disorder (PTSD).

It's not clear why CBD would be perfect for these conditions. It may simply be that CBD is helping to normalize the function of the brain chemicals involved.

But it's possible that CBD may also be working directly on the brain itself.

This is because CBD interacts with receptors called CB1 and CB2. These receptors are located throughout the brain. They appear to play a critical role in how we respond to stress.

When activated, they send signals to the rest of the brain that tell it to release calming neurotransmitters.

When CBD binds to these receptors, it appears to block the action of these neurotransmitters. This could explain why CBD has been shown to help relieve anxiety.

Are There Any Side Effects From Using CBD for Anxiety?

The short answer is no.

There are very few reported side effects associated with using CBD for anxiety.

In fact, many patients report feeling calmer after taking CBD. However, if you experience any unpleasant side effects, you should stop taking it immediately.

You can always try another method of treatment first. If that fails, you can talk to your doctor about switching medications.

If you suffer from anxiety, then you may want to consider using CBD. You can learn more about CBD here.

It seems to be safe and effective. And unlike traditional anti-anxiety medication, it doesn't cause drowsiness or impair your cognitive abilities.

However, this isn't something you should take lightly. It would be best if you discussed your options with your doctor.

They will be able to advise you on whether CBD is right for you.

PerfScience
« How Does CBD Work In The Brain And The Human Body?
5 Best Male Enhancement Pills – Natural OTC Supplements to Last Longer »

Can Food Cause Anxiety? The Dietary Connection Between Anxiety…