How Does CBD Work In The Brain And The Human Body? 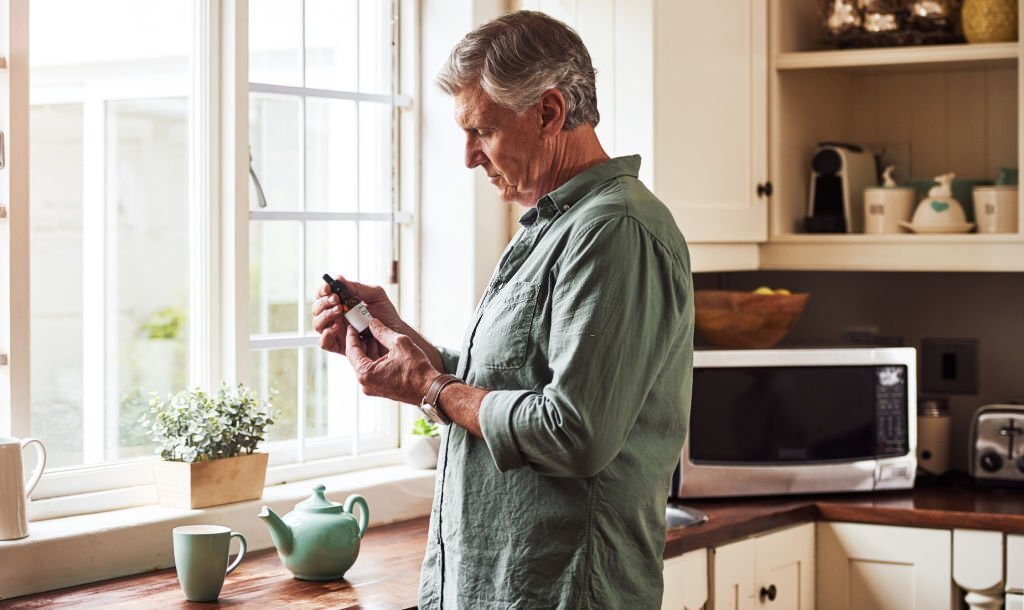 In recent years, there has been increasing interest in cannabidiol (CBD), a chemical compound found in both marijuana and hemp plants.

CBD is one of over 60 cannabinoids that exist naturally within the cannabis plant. It doesn't produce the psychoactive effect associated with THC, the primary cannabinoid responsible for getting people “high.”

While many researchers still consider CBD to be largely untested, preliminary studies suggest that it could offer some relief for patients suffering from certain conditions.

In fact, the National Institutes of Health recently announced plans to conduct clinical trials to determine whether CBD might help treat epilepsy.

The Food and Drug Administration (FDA) approved Epidiolex, a pure CBD drug, for treating seizures associated with two rare forms of epilepsy. This is the first FDA approval ever granted for a drug derived from whole plant extracts.

There are several different types of CBD products on the market today, including oils, tinctures, skin patches, sprays and capsules. Each type offers different levels of effectiveness depending on the method of ingestion.

How Does CBD Work In The Brain?

CBD oil works by interacting with receptors throughout your body. These receptors belong to the endocannabinoid system (ECS). Your ECS regulates many functions of your body, such as sleep cycles, appetite, mood, pain response, memory formation, fertility, energy metabolism and immune function.

When you take CBD, it binds to receptors throughout your body. It interacts with the endocannabinoid system, which is responsible for regulating your body's homeostasis.

Endocannabinoids are natural chemicals that interact with cannabinoid receptors throughout your body. They regulate your nervous system, immune system, hormones and other bodily processes.

Endocannabinoids play an important role in maintaining homeostasis—the state of balance or equilibrium. When you eat something, your stomach produces digestive juices that break down food into nutrients.

If these nutrients activate specific receptors throughout your body, they can improve digestion, boost immunity, reduce inflammation, increase focus and concentration, and more.

Your body also makes its own cannabinoids. For example, when stressed out, your adrenal glands make epinephrine and norepinephrine. These neurotransmitters have similar effects to those produced by CBD.

How CBD Works in the Human Body

As mentioned above, CBD interacts with your endocannabinoid system. But what exactly happens when it does so?

First, CBD attaches itself to receptors throughout your body, especially in areas related to your central nervous system. Then, it activates them.

This activation triggers changes in your body's internal systems. For example, if you have anxiety, CBD may help alleviate this condition by activating your hippocampus.

This part of your brain controls emotions, learning and memory. Activating your hippocampus will help calm your nerves and relax your mind.

Another way CBD affects your body is through your immune system. CBD has been shown to inhibit the activity of enzymes called cyclooxygenase-1 and -2 (COX-1 and COX-2).

These enzymes produce inflammatory compounds that cause pain and swelling. By inhibiting their activity, CBD reduces inflammation throughout your body.

Finally, CBD has been shown to activate your body's production of serotonin. Serotonin helps control your mood, appetite and sleep patterns.

Why Does CBD Have Multiple Therapeutic Benefits

What's the biological basis for these potentially broad effects?

A crucial part of the explanation lies in CBD's promissory pharmacology—the way it interacts with various receptor targets throughout the brain and body.

There are actually several different types of receptors in our bodies that react to the ingestion of CBD.

The Brazilian researchers found that CBD binds to the 5-HT1AR (5-Hydroxytriptamin Type A Receptor), which is responsible for regulating mood and anxiety.

They discovered that CBD acts as a partial agonist of the 5-HT1 AR, meaning it stimulates specific responses while inhibiting others.

In addition, the researchers showed that CBD increases the firing rate of neurons expressing the 5-HT1 A receptor. These findings suggest that CBD could relieve symptoms associated with depression, such as fatigue, low energy levels, and feelings of hopelessness.

Peroxisome proliferator-activated receptors (PPARs) are a family of transcription factors that play essential roles in regulating metabolism, inflammation, and cellular differentiation. They exist in three forms: alpha, beta/delta, and gamma.

Cannabidiol (CBD), a compound found in cannabis plants, activates both types of PPARs. However, it does not activate PPAR-alpha, which regulates fatty acid synthesis. Therefore, CBD appears to affect fat metabolism primarily via PPAR-gamma.

In addition, CBD inhibits the production of inflammatory cytokines such as TNF-α, IL-1β, and IL-6. These cytokines contribute to low-grade systemic inflammation associated with obesity and diabetes.

CBD directly interacts with various ion channel proteins to confer a therapeutic effect, according to research published in 2018 in the journal Molecular Pharmacology.

The study found that CBD binds specifically to TRPV1 and activates the channel in vitro. In addition, researchers discovered that CBD acts like capsaicin, another compound found in hot peppers.

Capsaicin, too, binds to TRPVs and opens them up to allow calcium ions into cells. This process causes nerve endings to fire off pain signals.

They also demonstrated that CBD caused calcium influx in cells expressing TRPV1. Finally, they found that CBD increased the activity of TRPV1 in a dose-dependent manner.

GPR55 is another cannabinoid receptor that scientists are just beginning to understand. It was first identified in 2008, but its function remains unknown. However, some evidence suggests that GPR55 plays a role in cell proliferation and apoptosis.

Researchers at the University of California, San Diego School of Medicine recently conducted a study on mice to determine whether or not CBD can bind to GPR55. The results were promising: CBD did bind to GPR55, and this binding inhibited tumor growth by inducing cell death.

What's more, the team found that CBD treatment reduced the number of tumors by 50 percent compared to untreated mice.

Is CBD Safe to Take?

While there have been no long-term studies on the effects of CBD in humans, animal studies suggest that CBD may be relatively safe when used appropriately. For instance, one study found that rats treated with CBD had normal liver and kidney function tests.

However, other studies have shown that high doses of CBD can cause liver damage. Still, most experts agree that CBD is unlikely to pose any health risks for healthy adults.

The research on CBD is still young, but it seems clear that this compound has tremendous potential for treating various conditions. As we learn more about CBD, we will undoubtedly discover even more ways in which this natural remedy can benefit our lives.

PerfScience
« Do Vegetable Supplements Work?
CBD Vs THC for Anxiety: Which One Is Better? »