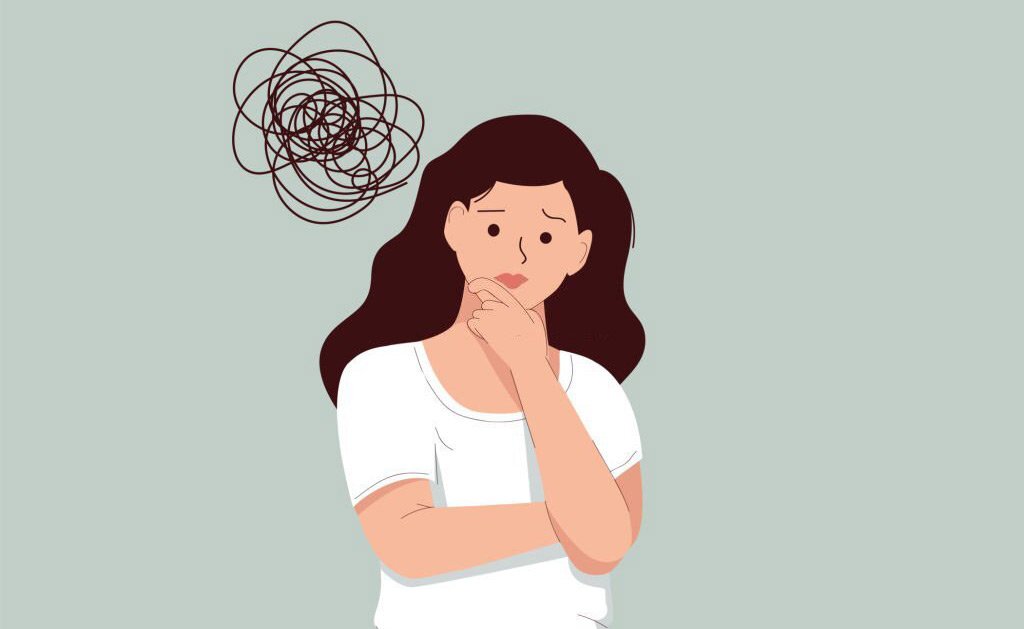 CBD is becoming more and more popular in the world of health. It's believed to have many benefits that can help with a variety of conditions, including anxiety, nausea, and other physical symptoms.

So what exactly is CBD? And – more importantly – does it actually work as an antidepressant?

Depression is a mental health disorder that can be characterized by sadness, lack of energy, and motivation. It's common for people with depression to feel hopeless and helpless, affecting their sleep patterns.

Depression is caused by various factors, including genetics, life events like losing a loved one or going through a divorce, chemical imbalances in the brain, and substance abuse issues.

Depression doesn't have to go away on its own, though — there are medications and therapy options available to treat it as well as CBD if you choose not to take pharmaceuticals for any reason.

CBD is a natural compound found in cannabis and hemp plants, and it is non-psychoactive. CBD does not get you high like THC does, but it does have many medical benefits—and one of those benefits may be an improvement in the symptoms of depression.

CBD has been shown to help with other mental health conditions like anxiety disorders and PTSD, but research into its effect on depression is still fairly limited. There are only a few studies on this topic (as opposed to dozens or hundreds that have looked at CBD's efficacy for other conditions).

In one study looking at patients with major depressive disorder (MDD), researchers gave participants either an oral spray that contained a combination of CBD and THC—or a placebo [1]María S. García-Gutiérrez, et al. (2020). Cannabidiol: A Potential New Alternative for the Treatment of Anxiety, Depression, and Psychotic Disorders. Source: … Continue reading.

The group who received the active combination saw significantly greater improvements in their depressive symptoms than those given placebo; however, no adverse effects were reported by any subjects in either group.

In another study [2]Charles W Webb, MD and Sandra M Webb, RN, BSN (2020). Therapeutic Benefits of Cannabis: A Patient Survey. Source: https://www.ncbi.nlm.nih.gov/pmc/articles/PMC3998228/, researchers looked at the effects of CBD on patients who had experienced depression for at least two years. After receiving either CBD or placebo for six weeks, participants were asked to complete a questionnaire about their symptoms. Then again, four weeks later, those who received CBD saw significant reductions in depressive symptoms over time (particularly when compared with the placebo group).

Is CBD Effective for Depression?

CBD has been shown to be effective in treating depression. As a matter of fact, CBD is the second most common active compound found in cannabis plants.

First off, if you're not familiar with CBD, it stands for cannabidiol, and it's one of many chemical components found in marijuana and hemp — two closely related plants that are sometimes used interchangeably.

The reason why people use CBD oil is that it contains only trace amounts of THC (which causes psychoactive effects).

CBD oil can be an alternative treatment for depression, anxiety, and other mental health conditions without any side effects or withdrawal symptoms associated with conventional medications like antidepressants or benzodiazepines (commonly known as benzos).

Research shows that CBD may have therapeutic benefits on its own or when combined with traditional drugs such as those listed above.

More and more studies are being conducted on CBD oil as a treatment for depression and anxiety. Some of the most recent findings point toward the idea that CBD may be just as effective at treating these mental health conditions as traditional drugs but without any side effects or withdrawal symptoms associated with conventional medications like antidepressants or benzodiazepines (commonly known as benzos).

CBD has also been found to be effective at treating the symptoms of other mental health conditions, including psychosis and schizophrenia. Some studies have found that CBD may help treat symptoms associated with Alzheimer's and Parkinson's disease.

CBD oil is legal in most states, but it is important to note that there are some exceptions. It is illegal in Indiana, Iowa, and Tennessee. It is also illegal to sell or distribute CBD oil in many states, even if it contains only trace amounts of THC (less than 0.3%).

Many states have passed laws that make the use of CBD oils legal under specific conditions, such as having a doctor's prescription or being able to show proof of cannabis-related employment.

You can check out here if you would like to know if CBD is legal in your state or not.

What Does The Research Say About It?

The research on CBD oil for depression is still relatively new. However, we know so far that CBD could be a viable option for treating this condition.

A 2021 review published in the journal Frontiers in Multiple Sclerosis and Neuroimmunology examined all available scientific evidence on CBD oil for depression [8]José A. Crippa, et al. (2021). Translational Investigation of the Therapeutic Potential of Cannabidiol (CBD): Toward a New Age. Source: … Continue reading. It concluded that “the preclinical data support the potential efficacy of CBD in major depression.”

In addition to the above, CBD can be used to reduce chronic pain, promote sleep, lower blood sugar, combat acne, fight cancer, improve heart function, and even boost your immune system!

How Does CBD Work to Treat Depression?

The first thing to understand about CBD oil is that it doesn't work by itself. When taken orally, CBD enters your bloodstream, where it interacts with receptors in your brain. This interaction triggers changes in your mood, which is why CBD is often marketed as a natural remedy for depression. However, CBD isn't the only component of cannabis that helps alleviate depression.

The main ingredient in CBD oil is Cannabidiol (CBD), which comes from the leaves, flowers, and stalks of the hemp plant. Unlike THC, CBD won't get you high. Instead, it interacts with specific receptors in your body to trigger changes in your mood.

There are two ways that CBD can affect your mood:

So, when you consume CBD oil, it goes straight into your bloodstream. From there, it travels through your body until it reaches your brain and interacts with the CB1 and CB2 receptors. Once it gets inside your brain, it triggers changes in your mood. How quickly these effects occur depends on several factors, including:

In addition, CBD can increase levels of adenosine in your body. This chemical regulates several bodily processes, including sleep cycles and blood pressure.

There's also some evidence that CBD can help with sleep problems. In one study, 24 people with insomnia who took 600 mg of CBD reported sleeping longer and better than those who took a placebo.

Another small study found that giving 10mg doses of CBD daily for 7 days helped reduce anxiety and insomnia in people with a social anxiety disorder (SAD). However, the researchers noted that it might take several weeks to see any effects.

The endocannabinoid system is part of the nervous system that helps regulate various physiological processes, including mood.

When you're feeling down, your body releases endocannabinoids that interact with receptors on your cells to produce a calming effect.

CBD acts as an indirect antagonist of this pathway by blocking the breakdown of endogenous cannabinoids and promoting their release.

This means that CBD could potentially have a positive effect on serotonin levels (which help regulate sleep and anxiety), as well as dopamine levels (which play a role in reward-seeking behaviors).

The amount you need depends on how much you weigh and how your body responds to the drug. For most people, a dose of 10 to 20 mg per day is enough to start feeling the effects of CBD. If you're new to it, start with a smaller dose and see how it affects you before increasing it further.

If you're using CBD oil in liquid form, then one dropperful (about 15 drops) twice daily should be enough for moderate relief from symptoms such as anxiety or depression.

If using tincture drops under your tongue directly, make sure they dissolve completely before swallowing them. Otherwise, they may cause an unpleasant aftertaste in your mouth due to the alcohol content (you can easily avoid this by adding some water first).

The best way of taking any kind of cannabis extract would be through vaporizing. However, if this isn't available where you live, then edibles might be another option worth considering – just make sure not too much THC gets into your system!

What Are the Side Effects of CBD?

CBD's most common side effects are dry mouth, dizziness, and drowsiness. However, this is not true in all cases. A person may also experience some issues like fatigue and diarrhea.

Some people might experience gastrointestinal problems such as nausea, vomiting, and stomach pain when they consume CBD products. This can be due to the body's inability to process cannabinoids or because you took too much of the product at once—don't overdo it!

If you feel discomfort after consuming a high dose of CBD oil, try taking smaller doses until your body gets used to it.

While most users don't report serious adverse reactions from taking cannabidiol (CBD), there are some risks associated with its use, including liver damage that can be caused by other medications interacting poorly with CBD products or by taking too much at once (overdosing).

More research is needed to establish the efficacy of CBD in treating depression. That said, there are some promising studies supporting its use.

CBD is considered an alternative treatment for depression, meaning it's still being studied and may not be covered by health insurance. People looking into taking CBD should consult their doctor before starting a regimen.

Depression is a severe condition that can be treated with CBD. This natural remedy has been shown to reduce symptoms of depression and anxiety in many people.

While there aren't any side effects associated with CBD, it is important to note that more research is needed before we can say for sure whether or not this supplement will work for everyone who suffers from this condition.

« 15 Fat Burner Exercises You Can Do At Home or At The Gym
What is the Difference Between CBD from Hemp and Cannabis? »

Can Food Cause Anxiety? The Dietary Connection Between Anxiety…