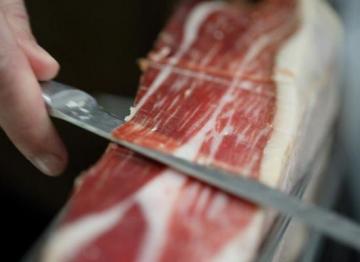 With little food processing and introduction of meat in the diet, ancient humans might have reduced the need for chewing food. With lower count of chews per meal, they were having time for more activities. Also, adding meat played an important role as it had higher nutritional value compared to vegetarian diet.

Human skeletons started changing in notable and puzzling ways when our genus, Homo, got separated from other hominins more than 2.8 million years back. For example, Homo erectus was quite taller and possessed a bigger brain case as compared to the Australopith ancestors.

However, Homo erectus also had considerably smaller teeth, jaws, and face in comparison to the ancestral hominins. But, then the question is how humans managed to eat sufficient food to take care of their huge bodies, and presumably big brains, with the help of such small mouths?

Earlier, scientists used to think that some particularly compelling force could have been behind this evolutionary change. They came up with theories, including an alteration in diet or the use of easy food processing techniques such as grinding, cooking, chopping, and pounding.

A paper published Wednesday in the journal Nature suggested that a meat-heavy diet and the use of tools for breaking down foods into little pieces possibly have enabled these early humans to get sufficient energy from their foods with minimal chewing.

As meat is rich in energy food, in case an early human diet included one-third meat, our ancestors would have required chewing 13% less than masticating plant stuff.

The amount humans would have required chewing their food further reduced with the use of tools for slicing meat into little pieces and pounding tuberous vegetables.

The new research said that the diet composed of one-third meat and processed with easy tools would have been there so that humans had to chew 17% less frequently using 26% less force.

In an interview with The Christian Science Monitor, the leading contributor on the research, Katherine Zink stated, “These certainly small, small adjustments can produce some drastic intensifying impacts”.