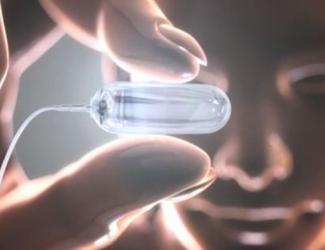 Losing weight isn’t easy, and it requires long term effort. Many people follow different diet plans or exercise regimes to control weight, but a California-based company has developed a new technique for more effortless weight loss. According to the result of a new study, now, it is possible for some people to shed weight by inflating a balloon within their stomach.

California-based company Obalon has created the device, which is a deflated balloon placed inside a tiny capsule. There is a thin catheter attached to the diet pills, which when swallowed, the tube sticks out. When the pill knocks the stomach, the balloon gets released, and a doctor fills gas in the tube to inflate the balloon. After that, the tube is taken out, and the balloon stays there, taking up space in the stomach, which in turn curbs appetite. There can be many balloons inside a person’s stomach at one time.

Study contributor Dr. Shelby Sullivan, who is also an assistant professor of medicine at Washington University School of Medicine in St. Louis, mentioned, “The balloons act by using up area in the stomach and making you feel full quicker in the meal. Patients definitely feel fuller and eat less with it”.

Presently, Obalon is allowed in Europe, but the US Food and Drug Administration (FDA) hasn’t approved it so far. The latest trial funded by the company was planned to seek that permission.

The is no clear picture so far over whether Obalon would be covered by insurance in case it gets approved by FDA, and until now, the company hasn’t said anything regarding how much it will cost.