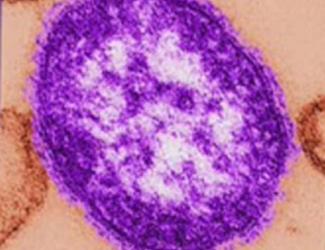 The Arizona Department of Health Services has validated eight new cases of measles, bringing the total number of confirmed cases to ten. State health officials also confirmed that the current outbreak stemmed from a private detention center in Eloy that initially reported two cases. Officials assured that the detention center was taking all additional steps to prevent the illness from spreading further.

A health alert has been issued for Pinal County, with an updated a list of locations in and around Casa Grande where people may have been exposed to the disease if they were there from May 15 through May 22, 2016.

Dr. Cara Christ, the director of the Arizona Department of Health Services, said, “It's extremely important that people who have a rash and fever call their health care provider or emergency department ahead of time to let them know they may have measles. This will help stop the spread of measles…”

Measles is characterized by symptoms like fever, cough, runny nose and red, watery eyes. A reddish, blotchy rash appears after numerous days. The rash starts on the head at the hairline and slowly moves down the body.

A report published in Nbc4i revealed, “In a news release, the health department stated that shoppers and employees of the Maysville Road Kohl's and Walmart who were at those stores on May 20 from 1-5 p.m. could have been exposed to the virus. The health department said those individuals should monitor themselves for symptoms until June 10 – primarily those who have not been vaccinated with the measles-mumps-rubella vaccine.”

The health department did not identify the patient stricken with the highly contagious virus, but said they are working closely and cooperatively with both local and state health officials in the investigation. Officials said May 20 was the only day of exposure.