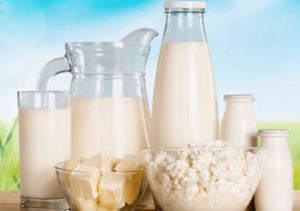 Low-fat milk has been suggested to be the best when it comes to losing weight or maintaining good health. But as per two studies, people who consumed full-fat dairy milk were having a lower risk of diabetes and obesity than those who did not.

In one of the studies, the researchers from Tulane University have studied 15 years of data for 3,333 adults who participated in the Nurses' Health Study and Health Professionals Follow-Up Study.

Study's lead researcher Dr. Dariush Mozaffarian said, “I believe these verdicts collectively with those from other investigations, do call for a shift in the policy of suggesting only low-fat dairy goods.”

In the second study, more than 18,000 middle-age women who were part of the Women's Health Study were followed. Those who had more high-fat dairy were having 8% lower risk of going obese than those who ate less.

Second study's lead author Susanne Rautiainen, a research fellow at Brigham and Women's Hospital and Harvard Medical School in Boston, was of the view that they have witnessed reduced weight gain for higher total dairy and high-fat dairy intake and lowered risk of gaining weight in those who had more high-fat dairy.

Experts said that there is a possibility that full-fat dairy products make people feel fuller and satisfied for a more extended time period owing to which they eat less overall. Elisabetta Politi, nutrition director of the Duke Diet and Fitness Center at Duke University, said that as per her, nutrition is an evolving science and very little is known about it.