Common Causes of Depression And Their Natural Remedies 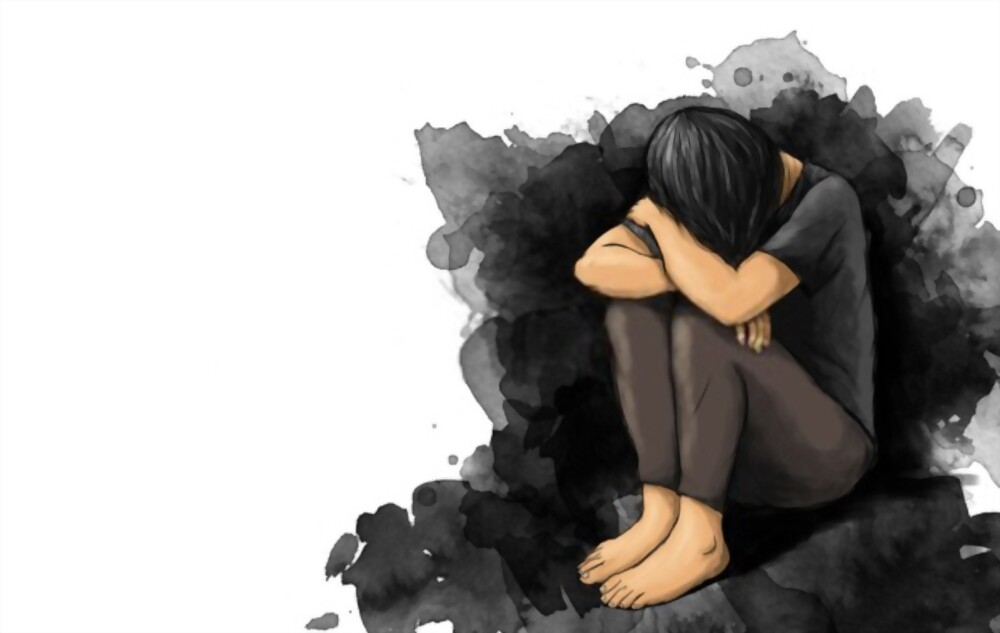 Discussing causes of depression can get pretty intense. Suggesting there might be natural remedies for depression can turn people downright hostile. That’s because real depression is a unique and very personal experience, and those who are truly depressed often believe there is no solution and that no one could possibly understand how they feel.

We're not talking about the “my girlfriend/boyfriend is mad at me and I’m sad”, or the “it’s Friday night and all my friends are busy” kind of loneliness some people call depression. Being unsatisfied or disappointed is not the same thing as being depressed.

We're talking about the “can’t eat, can’t sleep, don’t care, and couldn’t care if we wanted to care” type of true depression that can’t be fully understood by anyone who’s never experienced it.

Full Disclosure: We know what real depression is like. Some of us have been through it. We know the crippling despair of being in a hole so dark and so deep that the very idea of trying to climb out makes you want to curl up and die. We’ve walked through life in a hopeless daze, just going through the motions with work and friends, as though the entire world had been flipped on its side – like we ware living without a soul.

That kind of depression is always with you. You can’t sleep it away, drink it away, or leave town to escape it, and as awful as it sounds, the emptiness of true depression is exponentially worse than anything we could describe.

Some will say that disclosing such information about this isn’t “professional,” but we want everyone to understand that we don’t take this subject lightly or from a purely clinical standpoint.

We know it’s not that simple.

Are Antidepressants for Depression Safe?

Depression affects 120 million people and is the leading cause of disability worldwide.

Antidepressants are consequently the #1 most prescribed drug in the US (used by 30 million Americans) and generate over $12 billion per year.

Unfortunately, antidepressant medications have shown to be largely ineffective and to carry the risk of a known 75 possible side effects (1).

Psychiatric medications reportedly cause over 40,000 deaths and 700,000 adverse reactions each year. This means more people die from antidepressant drugs than commit suicide as a result of being depressed.

How have these drugs not been banned exactly?

Side-effects of the most common antidepressants include:

In addition to the disparaging laundry list of side-effects antidepressants can cause, numerous studies have demonstrated their effectiveness to be either non-existent or no better than a placebo (5) (6) (7), and in some cases can worsen the symptoms of depression overall (8).

The theory that depression is caused by a chemical imbalance in the brain has never been substantiated (9). While you can see cancer under a microscope and detect infection in the blood, there is no objective test that has ever shown something biochemically wrong in a depressed person’s brain.

There are currently no objective tests which can measure neurotransmitters like serotonin and norepinephrine in the living brain, anyway.

Virtually all drug companies which manufacture antidepressants admit this fact in their product inserts by saying the exact mechanism behind depression is “unknown.”

More recent research has prompted mental health authorities to state that the low serotonin levels in the brain (which they can’t measure) thought to trigger depression may actually be an effect, and that current treatment protocols will only alter the symptoms of depression rather than correct the cause.

In 1983, the National Institute of Mental Health concluded that, “There is no evidence that there is anything wrong in the serotonergic system of depressed patients” and yet health professionals still function as though the theory was proven true.

Depression and the Gut-Brain Connection 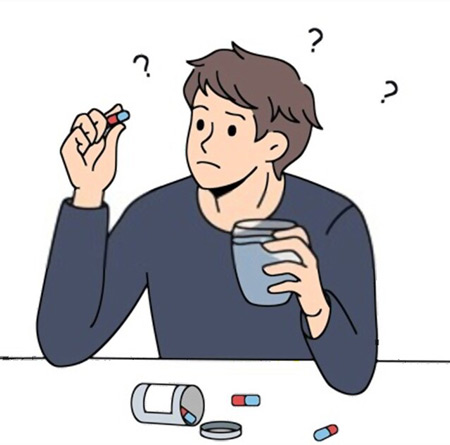 Trillions of bacteria in the intestines, also known as intestinal “flora,” make up about 80% of the body’s immune system and have a direct line of communication with the brain via the vagus nerve (10th cranial nerve) (10).

Because of this gut-brain connection, our intestinal bacteria have influence over brain chemistry and can alter mood, behavior, and mental state (11).

Our greatest concentration of serotonin, a mood controlling neurotransmitter, is also located in the gut, not the brain.

This evidence suggests it may very well be serotonin levels in the gut – rather than the brain – which has a greater influence over depression risk. 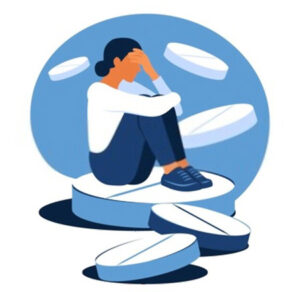 During times of stress, our entire chemical and hormonal systems get turned upside-down into a state of protection which can result in symptoms of depression if stress becomes chronic (12) (13).

Is there anyone who is NOT under constant stress these days?

Related Article: Why Stress Will Shorten Your Lifespan

Stress causes increased levels of cortisol and adrenalin in the blood, as well as a drop in serotonin.

1. The rise in cortisol helps the body break down energy stores for immediate use.

2. The increase in adrenalin stimulates the heart rate and blood pressure to escalate.

3. Serotonin drops because the brain needs more neurotransmitters to relay messages over the central nervous system more quickly – so basically it uses more.

Unfortunately, long-term increases in cortisol, as well as a combination of high adrenalin and low serotonin in the blood, have been shown to cause depression.

This is not an issue of being depressed because you’re stressed out. It is the result of hormonal changes which occur and persist when stress is prolonged.

When the body is injured or you ingest something that the body sees as a toxin or allergen, the immune system responds with inflammation as a means of both protection and healing.

Just like the stress response, inflammation is a completely normal and healthy reaction until it becomes chronic (long-term).

There is now evidence that inflammatory processes play a role in depression (14) and that anything that increases the risk of inflammation may also increase the risk of depression.

Research Conclusion: “Cytokines are proteins produced by cells that regulate cell growth and differentiation. During chronic immune system activation, more than normal levels of cytokines are released into the bloodstream. These cytokines cause the body to experience many different types of physical and mental disorders. Depression is one of these disorders.” (15)

These studies also show a strong correlation between increased inflammatory cytokine release and depression (16) (17) (18). In this study, symptoms of depression lessened as inflammatory markers were reduced.

The following is a list of substances that have shown to cause an inflammatory response in the body and therefore may contribute to depression.

Other considerations are processed grains, refined and artificial sugar, food chemicals like colorings, preservatives, and MSG, alcohol, and dairy, as they all either have been linked to various mood disorders or have been shown to cause inflammation and to destroy healthy intestinal bacteria. 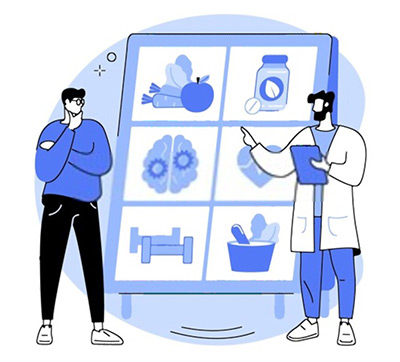 According to the research presented here, the following are the best natural remedies for alleviating symptoms of depression.

If you’re having thoughts of suicide, call the National Suicide Prevention Lifeline immediately @ 1-800-273-8255 (US) or visit the NSPL website.

Because of their ability to control inflammation, strengthen the immune system, and replenish health-promoting intestinal bacteria, science has shown that Vitamin D, omega-3s, and a quality probiotic are essential when suffering from depression.

Studies conducted at Duke University, Georgia University, and Georgetown Medical School showed that intense exercise was the best remedy for depression – even more so than prescription drugs.

Exercise normalizes insulin levels, relieves stress, and releases endorphins (“feel good” hormones) into the bloodstream. It is also wonderfully helpful in balancing chemicals in the brain (46) (47).

Nutrition exhibits the greatest influence over our hormone levels – followed by sleep, stress, and exercise. Any food which does not come from nature (foods in wrappers, bags, and boxes) is seen by the body as a toxin and will cause inflammation and hormone imbalance.

A plant-based, real food diet is far superior for health, weight loss, and longevity than any plan or program you’ll see on TV or the internet (48) (49).

Research Conclusion: “These results demonstrate an association between habitual diet quality and the high-prevalence mental disorders.”

5. Reverse the Effect of Stress

It’s not possible to eliminate stress from modern life. Our goal should be to reverse the hormonal changes that occur during the stress response in order to bring the body back to a state of growth rather than protection.

Science has identified a few ways we can do this, and surprisingly, none involve deep breathing or relaxation. They involve activity.

Related Article: 3 Proven Ways to Reverse the Effects of Stress

It’s important to note that other causes of depression may exist that are not strictly physical in origin. It is widely known that healthy social interaction, loving relationships, and a positive self-image, are also important for good mental health.