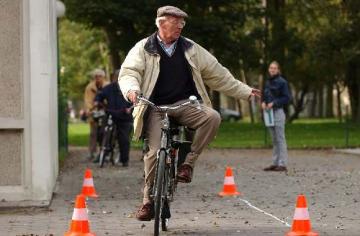 A study carried out in 188 countries has unveiled that life expectancy has improved a lot. People living in poor nations are living longer. But it has also unveiled that many are remaining sicker for longer time-period.

An international research team working on a project called ‘Global Burden of Disease' has conducted the study. Institute for Health Metrics and Evaluation (IHME) at the University of Washington has headed the project.

Progress has been made against infectious diseases like HIV/AIDS and malaria in the past decade. Advancements have been made in the ways to fight maternal and child illnesses. All these factors have helped greatly in bringing a decline in mortality rate.

Prof. Theo Vos from the Institute of Health Metrics and Evaluation at the University of Washington said, “The world has built excellent advancement in health, but presently the hurdle is to invest in discovering more efficient systems of stopping or handling the principal grounds of illness and disability.”

The researchers said that healthy life expectancy includes both death and the effect of non-fatal ailments and chronic diseases such as lung and heart diseases, diabetes, and severe injuries. These problems not only reduce the quality of life but also prove costly and levy burden on available resources.

The researchers have termed changes in healthy life expectancy between 1990 and 2013 as ‘significant and positive'.