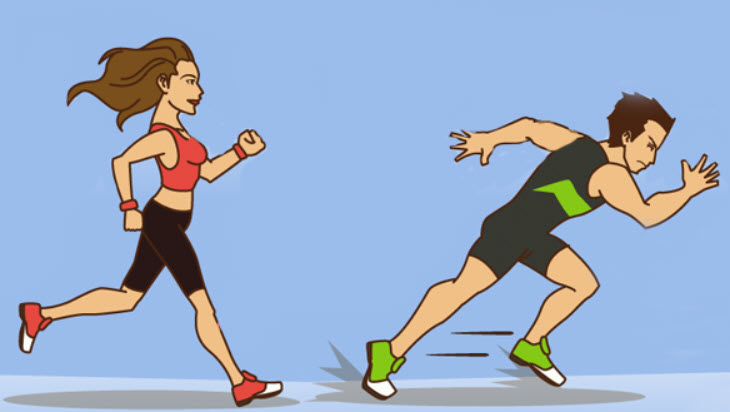 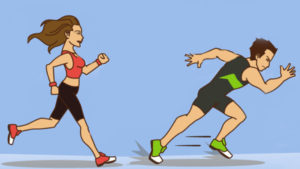 One minute of intense exercise can offer as good benefits as 45 minutes of moderate exertion, according to a new study. Many people want to control weight and stay healthy but they usually complain that they can't find enough time for physical exercise routine.

The new study has found that only 60 seconds of sprinting, along with light workout for 9 minutes, results into similar progress in health and fitness as a 50-minute long exercises at a moderate speed.

The latest study would push people, who say that they don't get time to exercise, out of excuses. Intense workouts have been linked to better results compared to moderate exercise in the past as well. However, it should be noted that intense workouts are not for everyone. One should be careful about his heart health and blood pressure before trying out intense workouts.

The study findings have indicated the advantages of so-called sprint interval training, wherein people go ‘all out' for short time span, thereafter recover at a slow speed for a long period of time, and then replicate the cycle. The study suggested that such exercise could be an option for people looking forward to boost their fitness, but fall short of time to do exercise regularly.

In a statement, study co-author Martin Gibala, a professor of kinesiology at McMaster University in Ontario, said, “Most people cite ‘lack of time' as the main reason for not being active. Our research reveals that an interval-based approach can be more effective — you can get health and fitness advantages equivalent to the conventional method, in a shorter time”.

The study involved 25 men who earlier did no workout. The participants were randomly asked to do either a sprint interval workout or an endurance workout. They did the exercise thrice for every seven days for 12 weeks on a still bicycle. A smaller group of men was told to not engage in any physical exercise for the 12 weeks, and it served as a control.

Post the 12-week program, both the training groups displayed similar progress in aerobic fitness. Particularly, the two groups showed 19% improvement on a test known as VO2 peak, which calculates the peak amount of oxygen the body consumes per half minute of exercise.

Besides, the two groups also had similar improvements in insulin sensitivity test, which notes down the response of the body to insulin, a hormone that controls blood sugar.

15 Fat Burner Exercises You Can Do At Home…

Why Are Steroids Illegal: The Dangers of Illegal Steroid…

One of the biggest misconceptions today is that people can build a pro-quality physique without steroids, it just takes longer. People say: “I won’t...