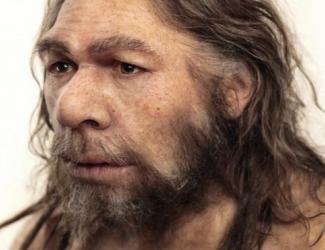 Neanderthal DNA still has a profound impact on our genes, as per a new analysis conducted by researchers. The modern human race in Europe and Asia inherits nearly 2 percent of their genome to Neanderthal DNA. However, researchers now claim that Neanderthal DNA has a strong impact on how our genes work today. Neanderthals went extinct nearly 30,000 years back but possibly due to interbreeding that happened between Home sapiens and Neanderthals, modern day humans have a genetic connection with Neanderthals.

In research issued yesterday in the journal Cell, University of Washington genetics researcher Rajiv McCoy and his team members suggest that Neanderthal DNA has a strong impact on modern-day humans. However, it is important how DNA is used by the RNA in our cells. While DNA is permanent and can be checked even from fossils, RNA is unstable, and it can’t be ascertained from fossils on which research teams work.

McCoy informed, “We determined that Neanderthal genes in testes and the brains of the people examined were expressed more weakly than genes in other areas. The rationale for this is possibly uneven metamorphosis: As people proceeded to grow away from Neanderthals, those body parts have likely developed quicker than others. Hence, they separated further from the Neanderthal genes, and are less possible to be exposed by cells there.”

Professor Svante Paabo, a Swedish biologist specializing in evolutionary genetics, said, “Neanderthals are not totally extinct.” Professor Paabo is the director of the Max Planck Institute for Evolutionary Anthropology in Leipzig, Germany. Researchers also believe that as Neanderthals got exposed on specific pathogens, their immune system fought back. And, the current human race has benefitted from that strong immune system as we inherit some of those genes from Neanderthals.

Professor Rasmus Nielsen, an integrative biologist at UC Berkeley, said, “It changed our view of human history and who we are. It just became assimilated into the human species; they are part of us today.”

Professor Paabo was awarded the 2016 Breakthrough Prize in Life Sciences for pioneering the sequencing of ancient DNA and ancient genomes and illuminating modern day man’s relationship to our extinct relatives.