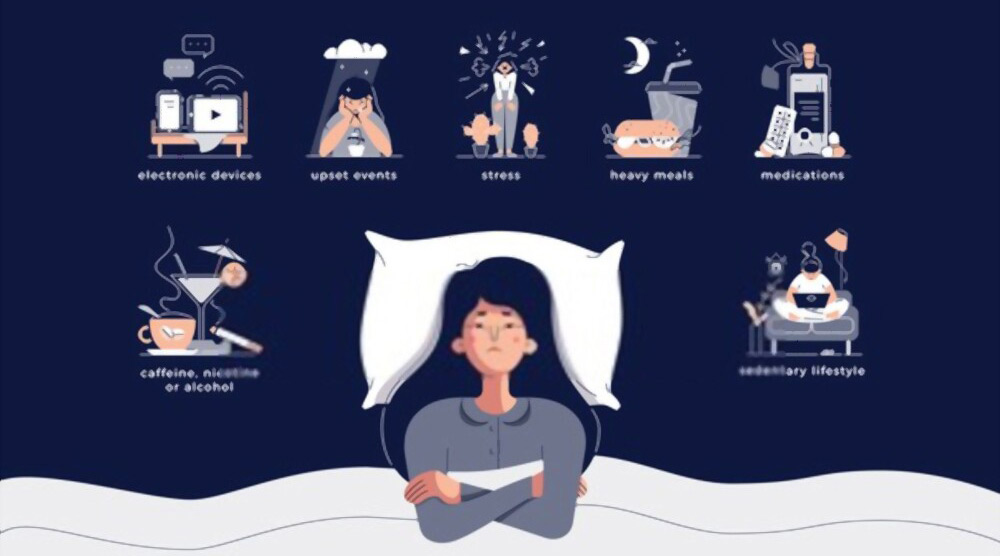 Lack of sleep is probably the most overlooked source of health problems in every age group. You can eat a near-perfect diet, never miss a workout, and take all the right supplements, but you will still face health challenges if you suffer from insomnia.

How important is quality sleep? The answer is, you'd die from sleep deprivation long before starvation if you were denied both sleep and food simultaneously.

Scientists are still unsure exactly why animals (including humans) need sleep. But research has nonetheless demonstrated its many health benefits, such as:

And that’s just a small sample.

Insomnia is such a problem in the U.S. that close to 60 million prescriptions are written for sleep aids annually, making sleep medication a $5 billion industry. Unfortunately, sleeping pills are highly addictive, dangerous, and are associated with 320,000 – 570,000 premature deaths in the U.S. each year (8).

Research Conclusion: Even at a relatively low rate of prescription (fewer than 18 doses a year), those given sleeping pills had a 3.5 times greater risk of death compared with those who were drug-free. Individuals who were given sleeping pills more frequently (between 18 and 132 doses in a year) were more than 4 times as likely to be dead at the end of the study. The risk of death for those prescribed the most pills (132 doses or more a year) was more than 5 times that of those not taking sleep medication.

Someone’s desperate need for a good night’s rest is certainly understandable, but dying in order to get it kind of defeats the purpose.

Now for the really bad news – the negative health effects of poor sleep.

Fewer than 6 hours of sleep per night has been associated with chronic inflammation, worsening of insulin resistance, and an increased risk of obesity, type 2 diabetes, and heart disease (25).

Your sleep habits could also be interfering with your weight loss efforts. In a study published in the Annals of Internal Medicine, dieters who got a full night’s sleep lost 55% more body fat than those who were sleep-deprived. Two hours less sleep made subjects hungrier and produced higher levels of ghrelin – a hormone that signals that you’re hungry (26).

Insomnia initiates so many health issues (high blood pressure, high cortisol, high blood sugar, increased inflammation, lowered immunity). These conditions occur because the body’s stress response is triggered when it doesn’t have time to heal from life’s relentless demands. Sleep has been shown to reverse the stress response and allow the body to recover (27)(28).

Scientists and health professionals have been trying to cure insomnia forever, and there is one drug-free technique that has worked wonders for many people. Still, the following are some natural substances and therapies that science says are useful in helping us sleep longer and more deeply.

Valerian is a flowering plant, the roots of which have been used for centuries to create herbal sedatives.

Double-blind studies have demonstrated the efficacy of valerian extracts to improve sleep quality and duration without side effects or dependence (29)(30)(31)(32). One study showed valerian to be more effective than medication (33).

Melatonin is a hormone that regulates sleep-wake cycles, and the body produces more of it in response to darkness. Many people suffering from insomnia have low melatonin levels. So naturally, some turn to melatonin supplements to help them fall asleep.

However, in an extensive review prepared for the U.S. Department of Health and Human Services, the data from 132 qualified scientific studies showed that supplemental melatonin was not effective for the treatment of most sleep disorders.

Food-based melatonin, however, had quite a different outcome.

In a study initiated to research the effects of food-based melatonin on insomnia, scientists found that pineapples increased melatonin levels by 266%, bananas by 180%, and oranges by 47% (34).

To be fair, one study performed with a “prolonged release” melatonin supplement did have a significantly positive outcome (35).

It seems contradictory to think that having someone stick needles into your body could help you sleep, but when administered by an expert, there is plenty of evidence that it can (36)(37)(38)(39)(40)(41).

Although not utilized by mainstream medicine in the U.S., acupuncture has been a key component of traditional Chinese medicine for thousands of years.

As a therapy based on the same concepts, acupressure has also shown an ability to improve insomnia in residents of long-term care facilities (42).

You’d be surprised at the amount of research that exists supporting the benefits of aromatherapy, a practice utilizing plant compounds and essential oils to alter one’s mood, as well as to improve cognitive and physical well-being.

Research Conclusion: “Lavender serves as a mild sedative and has practical applications as a novel, non-photic method for promoting deep sleep in young men and women.”

Tai Chi is a Chinese martial art that, when focusing the mind solely on the “slow and soft” movements, can help bring about a state of mental calm and clarity. It is practiced in the U.S. largely as a means of stress relief (48)(49).

Due to low intensity and nearly no impact, Tai Chi can be practiced by all age groups when used as a form of meditation.

Research Conclusion: “Tai Chi appears to be effective as a non-pharmacological (drug-free) approach to sleep enhancement for sleep-disturbed elderly individuals.”

Even marginal magnesium deficiency can cause muscle spasms, irregular heartbeat, and hyper-excitability. Therefore, it’s quite easy for low magnesium levels to set off insomnia.

Insomnia is often not a solitary problem but rather a symptom of a deeper physical or emotional issue. There are many concerns in the modern life that affect our ability to sleep.

Therefore, it’s important to also investigate other lifestyle factors that may be contributing to poor sleep patterns. They include prescription medications, stress, intake of stimulants, and lack of playtime.

How to Get Better Sleep: 7 Tips to Sleep…