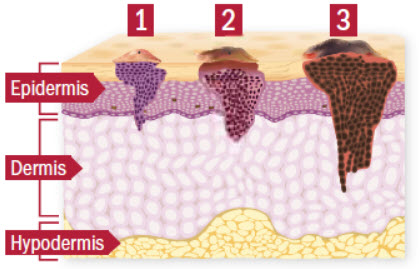 Skin cancer can happen to anyone irrespective of factors like age, race, or gender. In comparison to women, men seem to have less knowledge about prevention and detection of skin cancer, finds a 2016 American Academy of Dermatology survey.

The survey has found that just 56% of men are aware of the fact that there is nothing like a healthy tan than 76% of women. Only 54% of men that having a base tan is not a healthy way to protect skin from the sun in comparison to 70% of women.

Also, 56% of men know that skin cancer can take place on those ranges of the skin, which aren't generally exposed to the sun, compared to 65% of women. Abel Torres, president of the AAD, said, “It's necessary for both women and men to guard their skin against damaging ultraviolet radiations and constantly monitor their whole body, including hard-to-see areas, for identifying symptoms of skin cancer.”

It is equally important for men to know about skin cancer as women because men over 50 possess an enhanced risk of acquiring melanoma. In order to have good looking skin and lessen the cancer risk, the AAD has suggested protecting skin from the sun; wearing protective clothing and using a broad-spectrum, water-resistant sunscreen with an SPF of 30 or higher.

Melanoma is considered to be the deadliest form of skin cancer but is treatable when detected early. Therefore, it is vital to keep a good look at the skin and check for suspicious spots. Dr. Mark Lebwohl, head of the dermatology department at the Icahn School of Medicine at Mount Sinai in New York City, was of the view that it is very important to know your skin, which also acts as the key to discover skin cancer at an early stage.