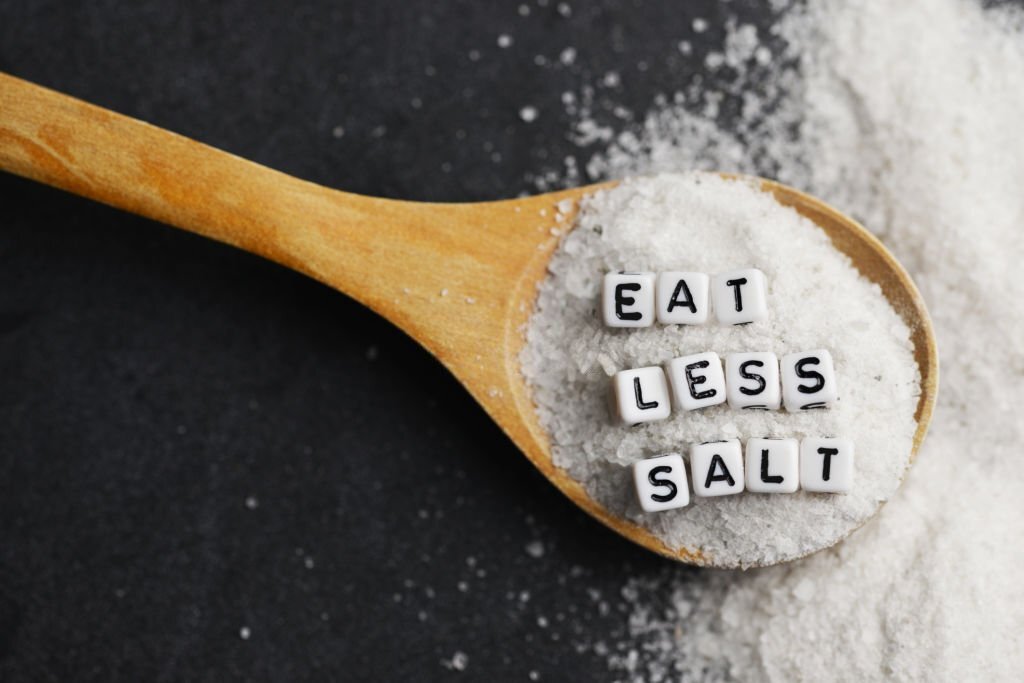 If you ever want to get your hand slapped in public by a friend or loved one, just reach for the salt shaker the next time you’re at a restaurant together. Salting food elicits such an exaggerated response these days that you’d probably get the same reaction by reaching across the table and smashing their cellphone with a metal napkin dispenser.

Salt raises blood pressure, and high blood pressure can give you a heart attack, so if you’re going to salt your food, you’d better be crouched in a dark corner someplace where no one can see you!

Health “authorities” are constantly reminding us that salt raises blood pressure and that we should quit salting our food or risk our hearts exploding in a giant fireball of crimson death (sorry, too much?). They just never reinforce their advice with any dependable research.

Is our fear of salt justified? Is the recommendation to avoid salt rooted in reliable science?

If we’re truly interested in what’s best for human health, science has to be at the core of our investigation. All we’re left with is questionable opinions and marketing hype without scientific validation.

Our fear of salt can be traced back to a single study (yes, just one) published in 1972 in which scientists induced high blood pressure in rats by feeding them what the equivalent of about 50 times the average salt intake for a typical human was.

This theory was later debunked in 1988 when another study (which was performed with actual humans) concluded that there was no relationship between sodium and hypertension. Subjects who ate the most salt had a LOWER median blood pressure than the others.

Two other studies also showed no benefit to sodium restriction when it comes to preventing heart disease or death:

Furthermore, this review of 7 randomized controlled trials (the gold standard of research) noted that sodium did not affect mortality (early death) or cardiovascular disease, even in individuals diagnosed with high blood pressure.

There is plenty of scientific evidence proving that salt restriction can pose serious health risks to most humans. Unfortunately, the medical world is still basing its recommendation to reduce salt intake on the earlier (and now contradicted) evidence.

The Source of Most Dietary Salt

All major government health organizations advise that our sodium intake not exceed 2,300 mg per day. The argument is that sodium raises blood pressure, and high blood pressure causes heart attacks and strokes. At the opposite end of the spectrum, they say sodium consumption should ideally stay below 1,500 mg – or about 3/4 tsp of salt per day.

However, according to the CDC, the average salt intake for Americans age 2 and older is over twice the maximum recommended amount and obtained mostly via processed foods.

Salt is added to processed food in obscene amounts, not only as a cheap preservative and stabilizer but also to make bland, denatured, nutrition less food taste good.

Bottom Line: Our obsession with fake food that comes in wrappers, bags, and boxes is a much more concerning source of salt than a few sprinkles from the salt shaker with dinner.

Americans get very little sodium from fruits and vegetables, but that doesn’t change the fact that it’s an essential mineral only obtained from our diet. Sodium is imperative to human function for:

When we talk about salt dangers, we’re really referencing processed salt because the body has to use a tremendous amount of energy to metabolize it. Water molecules must break up the sodium chloride into separate ions and neutralize them. This requires water to be taken from our cells which, in turn, upsets the ideal fluid balance within the cells.

This process does cause blood pressure to rise, but according to this study, the increase is mild.

However, high amounts of sodium, like that which is acquired from eating a diet high in processed foods, can overburden the body’s elimination system and place undue stress on internal organs.

It’s important to understand that high blood pressure is a risk factor for disease, not a cause of disease, and lowering a risk factor does not necessarily prevent disease – especially when doing so results in a deficiency of one of the most critical minerals in the body.

This study concluded that a low salt diet (under a teaspoon per day) as well as a high salt diet (well over 2 teaspoons) BOTH increased the risk of strokes and heart attacks in test subjects, while those who kept salt consumption somewhere in the middle (about 2 teaspoons per day) exhibited the LOWEST risk of cardiovascular incidents.

In this massive research review, scientists found low sodium diets cause an increase in LDL (bad) cholesterol by 4.6%, and an increase in triglyceride levels by 5.9%.

In this study, a low-sodium diet causes people to become more resistant to insulin. This leads to weight gain and other health problems.

In this study, patients with type 2 diabetes who consumed a diet low in sodium had an increased risk of death.

And in this JAMA 2011 follow-up study, lower sodium diets led to HIGHER mortality rates in those with cardiovascular disease.

All of this is entirely contradictory to the advice we’ve been getting for the last 3 decades!

Different sources place the ideal salt intake per day at different levels, but it’s somewhere between 1.5 and 3 tsp of salt per day, according to research. (1) (2)

I should mention that not all types of salt are acceptable. You should NEVER use processed salt.

Processed salt often contains toxic chemicals that have been heated to over 1,200 degrees Fahrenheit. It also delivers a higher concentration of sodium than natural, unprocessed salt.

Natural salt, like Himalayan salt, is lower in sodium, sourced from pristine and unpolluted waters, and provides 86 other trace minerals. Not to mention, Himalayan salt tastes delicious. Natural salt actually has flavor over and above just a salty taste.

*Always make lifestyle changes with the guidance of a trusted health professional.

Low-carb diets cause excess sodium to be excreted from the body as insulin levels become more normalized (1)(2). The 2011 JAMA study referenced above showed a correlation between higher sodium excretion and lowered risk of heart disease.

Blood pressure naturally comes into balance as processed foods are eliminated, insulin levels are stabilized, and a more plant-based/real food diet is adopted.

High blood pressure is indicative of:

High blood pressure is not a mistake. It is evident that the body is trying to adapt to some kind of stressor.

Sodium-Potassium balance in the body is imperative. This balance is perfect in foods that grow from the Earth but is upside-down in processed foods.

This study showed that potassium can neutralize the effects of sodium and that those who ate a lot of salt and very little potassium were more than twice as likely to die from a heart attack.

“Great! I’ll just take a potassium supplement so I can eat whatever I want!” – I knew some were thinking it, but this is NOT the answer. Health doesn’t work that way, sorry.

Some good dietary sources of potassium are:

*Bananas are commonly known for being the potassium superstar, but this is a misconception. Leafy greens have nearly twice the potassium as bananas.

*This was explained above.

The stress response triggers our blood pressure to rise in an attempt to ready the body to either fight or flee. It also turns our chemical and hormonal balance entirely upside-down.

There is a reason why stress is associated with so many human diseases. See this article for an explanation of the stress response and how to reverse its effects.

We realize this is a lot of information, but as we see yet again, the current mainstream medical advice we’re getting regarding salt raising blood pressure and causing heart attacks is not supported by science.