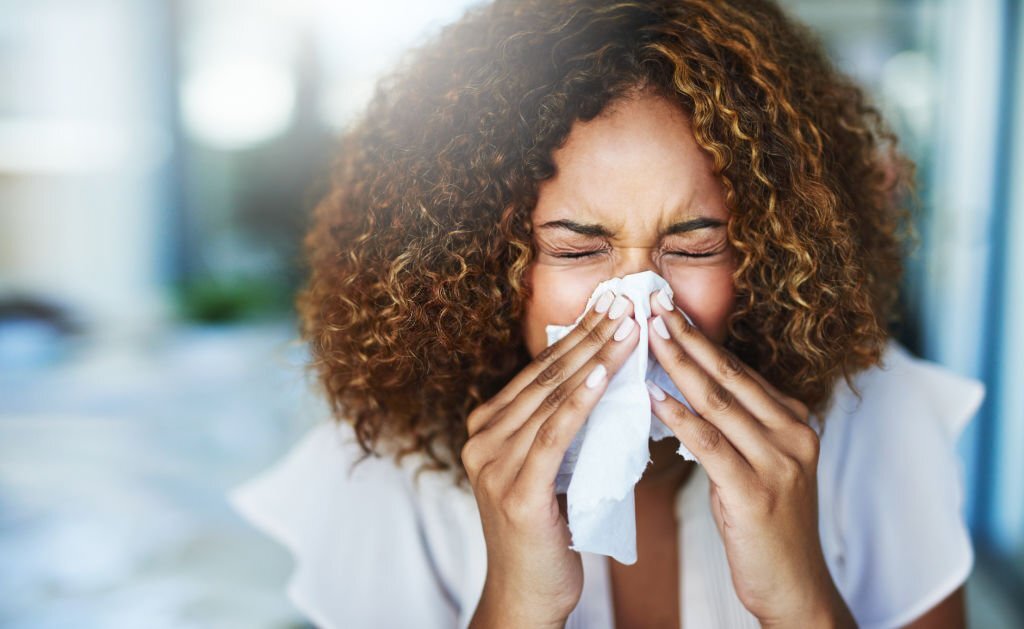 Fearful of the flu? Some people are feeling pressured by the media drumroll to get their flu shots. Still, the better-informed among them is concerned about the mercury in the shots and the fact that they’re only about 60% effective, according to mainstream medical sources.

You can do better than that with safe and effective natural flu medicine.

Chances are you haven’t even heard of some of these “flu busters” because they’re so inexpensive that there’s no budget for ads on TV.

One of the best natural medicines for any infectious illness is also one of the best-kept secrets of your health food store. If you haven’t heard of it, don’t feel bad. Most holistic health care professionals haven’t either. Yet this is the big favorite among our clients because it keeps them and their kids from getting sick all winter.

We call it “nip it in the bud,” but that’s just the nickname.

The real name is Ferrum Phos., and it’s the best natural medicine to take when you’re right on the verge of getting sick.

You can tell when your kids are under the weather — they are whiny or cranky, bored and listless, uninterested in their favorite food or video game. They might have a glazed look in their eyes or a warm forehead.

But other than that, not much in the way of symptoms. How about you? When you feel rundown, you know you’re not getting enough sleep, maybe you’re getting that scratchy feeling in the back of your throat (or sore throat), and you just know something is hatching.

Try Ferrum Phos., and you’ll be amazed. Dissolve a couple of pellets in your mouth as one dose; it’s safe to take two or three doses a day. Your kids will love this medicine (and yes, the FDA rates it as an over-the-counter medicine) because the pellets taste like little sugar candies.* Almost always, you or your child will be back to healthy energy the next day.

Occasionally, Ferrum Phos speeds up the development of the cold and flu so that it comes on quicker, goes away much faster, and never has extreme cold symptoms.

If that happens, you’ll need to take the best-matching remedy for your new set of symptoms. We’ll get to that, but first, let’s talk about the most potent flu-preventing medicines.

“Oscillo” is our nickname for Oscillococcinum, the best-selling flu medicine in France and widely available in the US in pharmacies and health food stores, easily recognizable in its bright orange box.

It’s one of the most excellent natural remedies for the flu, but guess what? It’s an even better preventive remedy.

The pack contains several small tubes, each with a lot of tiny pellets. The directions say to take a whole tube at once, but you only need a couple of pellets at a time for prevention.

Take it once a week for four weeks at the beginning of the cold and flu season. Once a month for the rest of the flu season, and once a day (max 7 days in a row) if you are directly sneezed on by someone who has the flu.

Once the flu is underway, “Oscillo” will work best if it matches your flu symptoms: the typical fever, sore throat, tiredness and malaise, plus muscle aches and pains. It’s not so much of a head-cold type flu or nausea-diarrhea type flu.

Influenzinum is another similar natural flu remedy that, in my experience, works even better than Oscillo, both for prevention and for treatment once the cold and flu is underway.

It’s not usually found in stores, so you might want to grab some Oscillo while searching for Influenzinum online. If you can, I would get both a 9c and a 30c potency (strength) and use the 9c following the above protocol for prevention, then the 30c if you actually get the flu.

A typical schedule for treatment would be two pellets four times a day while the cold symptoms are terrible, then twice a day once you start to get better, and stop taking it when you’re well.

This is quite different from antibiotics which have to be taken until they’re done, even if you feel better.

Results? In my own practice, in the midst of a flu epidemic in Boston, out of several hundred people who used this protocol, I’ve only heard of three children actually getting the flu. In each case, they were better in one or two days, unlike other kids in their class who were out sick for a week or more.

Gelsemium is another fast-acting natural medicine that works well for any viral illness. It helps with the typical viral symptoms of extreme exhaustion (you feel like a truck ran over you), fuzzy-foggy-headedness, sore throat, and malaise (you just plain feel awful all over).

When you need Gelsemium, you’re so tired you don’t want to get out of bed all day, and if you do, you can hardly open your eyes. Your eyelids look like they are at half-mast! You may also feel dizzy when you try to get up, so you want to go right back to bed.

You may be surprised at how quickly your energy comes back when using Gelsemium.

Arsenicum is another natural medicine for colds, flu, sore throat, and other infectious illnesses. When people need Arsenicum, they are just as exhausted as folks needing Gelsemium.

We call it “prostration out of proportion,” as in, why would someone have to stay in bed for five days when they just have a common cold?

Most people would be up and around, even if they’re sneezing and sniffling, but not someone who needs Arsenicum or Gelsemium.

Here’s how you can tell the difference between the two: someone who needs Arsenicum is tired but restless, so they go to bed but keep getting up again; also, they are anxious and fretful, likely to imagine worst-case scenarios about lengthy illnesses, losing their job due to too many sick days, leading to foreclosure on their house. You get the idea!

Someone who needs Gelsemium is too fuzzy-brained to think! Also, Arsenicum is the best natural medicine for the first stage of a head cold when the nose is dripping like a faucet, so, if that’s you, try Arsenicum even if other symptoms may not match.

There are many other natural medicines like these in the homeopathic section of your health food store.

Make friends with them one by one. Each one is good for many different ailments. D

on’t be afraid of the long Latin names. Most of them have nicknames, and once you try them, they will be your friends for life!

Among the many wonderful supplements to take alongside these medicines, I’ll just mention my favorite: elderberry syrup. Elderberry is a natural antiviral, so effective that a research study in Israel showed that it is as effective as Tamiflu against the flu. It’s also a great cough syrup, and kids love the taste (a fruity berry taste).

It’s often a base of honey, and honey has its own antimicrobial action.

We like the Maine Medicinals brand, which has especially effective forms of elderberry, and also the Apitherapy brand, which puts elderberry in a base of raw honey.

You will most likely find them in a health food store or online in a 30c potency (strength), which is the best potency for most people. (If you are hypersensitive, look for a milder 6c or 12c potency).

Dissolve a couple of pellets in your mouth as one dose. (The label may say you need five, but actually, the frequency is much more important than the number of pellets you take at one time.)

In general, you take it four times a day when the symptoms are really, really bad; watch for them to get better; as healing gets underway, slow down to twice a day; and when you’ve really turned the corner, stop taking it and let the existing doses keep working.

If it doesn’t work: 30c might not be strong enough for you (you will learn this by experience). Try making it stronger by dissolving two pellets in a half cup of water, stir really, really well, and sip gradually, swishing like mouthwash before swallowing.

Or it might not be the best-matching home remedies.

While you’re just getting started with homeopathy that is free from side effects, you can also try a good combination remedy like Alpha CF for colds and flu.

Best wishes on your healing journey and may you survive the winter flu-free!

In fact, they are made from a sucrose/lactose blend. If the tiny amount of sugar or lactose in the pellets is a problem, dissolve a pellet in a half cup of water. (You may have to crush it to dissolve it).

Stir really, really well, and a sip of the water becomes a dose.

The amount of sucrose or lactose is now negligible. If even that is too much, dab the water on your lips or inside the wrist or temples, where the skin is thin, or even pour it into bathwater.

Gary has many years experience as a healthcare writer covering different types of medicine. His work is published by many different companies including the American College of Allergy, Asthma & Immunology (ACA).

« How to Detox Your Body from Toxins: No Cleansing Products
Can Food Cause Anxiety? The Dietary Connection Between Anxiety and Nutrition »