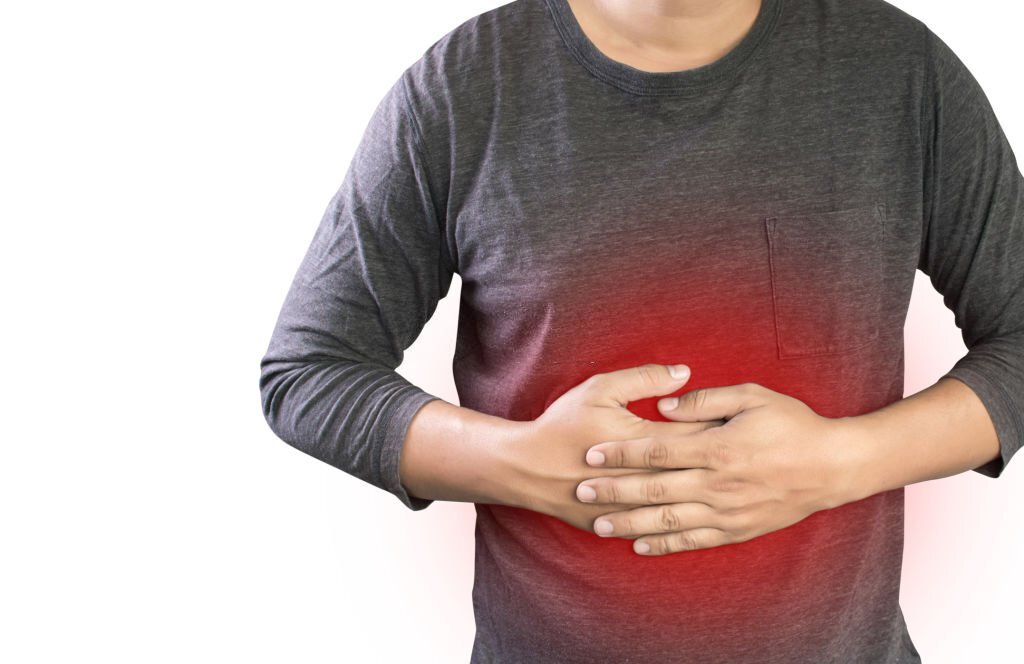 25 million people experience heartburn and other symptoms of acid reflux every single day of their lives. As a result, prescription drugs designed to treat these painful conditions make pharmaceutical companies in excess of $13 billion per year.

In fact, Nexium (the Purple Pill) is currently the 2nd most prescribed drug in the U.S., following Lipitor.

The common belief is that symptoms of acid reflux and GERD (Gastro-Esophageal Reflux Disease – a more advanced form of acid reflux) are caused by excessive stomach acid that splashes up into the esophagus, causing a burning sensation and pain (heartburn).

Still, it’s a well-known scientific fact that these conditions are actually caused by too little stomach acid rather than too much.

Because stomach acid levels are low, the use of antacids (which neutralize stomach acid) and proton pump inhibitors (which stop the production of stomach acid) only worsen these problems over time and lead to more serious health issues.

One study in which subjects were given Prilosec, a proton pump inhibitor that lowers stomach acid to near zero (1), scientists showed that the drug increased the rate of atrophic gastritis from 59% at the beginning of treatment to 81% by the end of the trial (2).

How Acid Reflux and Heartburn Occur

For our purposes, let’s combine heartburn, acid reflux, and GERD into one topic because the cause and natural “cure” are the same for each.

This is how acid reflux and heartburn really happen:

If the lower esophageal valve is working properly, it doesn’t matter how much acid is present in the stomach. It won’t be able to make its way up into the esophagus. This valve is supposed to open only when food comes in or gas (burp) goes out.

Drug manufacturers would be very happy to let you go on believing that the solution to acid reflux (GERD) and heartburn is a lifetime of daily medication. Still, while antacids and proton pump inhibitors can temporarily neutralize symptoms, the long-term effect worsens the condition.

The Real Cause of the Acid Reflux Chain Reaction

You might be wondering, if an increase in abdominal/intestinal pressure sets off the acid reflux and heartburn chain reaction, then what causes the increase in pressure?

It’s not just from eating spicy foods or foods that “don’t agree” with you. The quick answer is: Excessive carbohydrate intake along with low stomach acid.

Stomach acid helps you digest your food by releasing pancreatic enzymes into the small intestine. This process releases nutrients into the bloodstream.

Pancreatic enzymes help break down carbohydrates. When the pH level of the stomach is too high (due to insufficient stomach acid (4)), the pancreas does not secrete enough enzymes. This causes the carbohydrates to not be broken down properly.

The result is carbohydrate “malabsorption,” or simply not digesting carbohydrates correctly or completely. When carbs aren’t fully digested, they ferment and cause gas, and the pressure opens the lower esophageal valve.

There isn’t supposed to be any bacteria in the stomach. It’s supposed to stay in the small intestine to digest carbohydrates (bacteria’s preferred energy source), proteins, and fats.

When stomach acid levels are normal, the acid kills off any bacteria or pathogens from food (as well as bacteria migrating from the small intestine), and the normally sterile environment of the stomach stays intact.

When bacteria get into the stomach and aren’t neutralized, however, the “overgrowth” raises the risk of infections like salmonella and cholera (6), as well as the likelihood of developing conditions such as acid reflux and GERD.

It is well documented that acid-suppressing drugs raise stomach pH (8) and promote bacterial overgrowth (9). Over time, stomach acid is reduced even further and compounds the problem, making acid reflux and GERD chronic.

This begins a gradual decline in overall health and sets the stage for more serious illnesses to develop.

How to Get Rid of Acid Reflux and Heartburn Naturally

As we continue to follow this complex maze of symptoms to the source, the next question becomes:

What can we do to prevent bacterial overgrowth!

And the answer is: Restore healthy bacterial balance and stomach pH.

The following steps will not only reverse acid reflux, GERD, and heartburn symptoms in the vast majority of people (unless advanced damage and scarring of the esophagus are present), but it will also prevent these conditions for anyone wanting to escape them in the future.

1. Minimize Your Intake of Sugars, Starches, and Grains

As we mentioned before, carbohydrate malabsorption produces gas in the stomach and intestines, so if you want to avoid acid reflux and heartburn, the first step is to minimize your intake of sugars, starches, and grains.

This is absolutely the most important step of all.

Two studies we found showed that lowering carb intake lessened, and in some cases totally resolved, symptoms of GERD (18)(19).

Certain toxins have also been identified as triggers for esophageal valve dysfunction like alcohol, caffeine, nicotine, artificial sweeteners, and some medications like aspirin and NSAIDs. High estrogen also contributes to valve problems, whether for physiological reasons or as a result of estrogen replacement therapy.

Taking a daily probiotic is necessary to balance and maintain proper ratios of healthy intestinal bacteria. In short, the good guys keep the bad guys in check.

Researchers have demonstrated that probiotics reduce bacterial overgrowth (20). Consumption of fermented foods like unpasteurized sauerkraut and pickles, as well as unfiltered apple cider vinegar and lemon juice, have also helped alleviate symptoms in some people.

Pink Himalayan Salt will provide the raw materials for the body to produce more stomach acid on its own.

For people who have been taking antacids for years, it’s important to replace the nutrients not being absorbed because of insufficient stomach acid. They are folic acid, iron, zinc, calcium, and Vitamin B12.

The symptoms of acid reflux and GERD can feel like you swallowed a flame thrower, but now that you understand these conditions, you have the tools to heal yourself naturally.

For best results and your own safety, consult a health practitioner familiar with these concepts and who understands the dangers of heartburn medications.