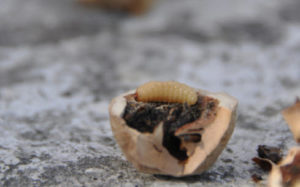 Researchers have re-introduced an 18th-century treatment in the 21st century. The team from NC State University said that maggot might help fight infections in patients with non-healing wounds, especially in the cases when antibiotics do not show results.

The other group was devised to build the growth factor if they were given a diet that did not include the antibiotics tetracycline. The researchers noticed that the heated group of maggots produced the human growth hormones, but did not make it out of their bodies. In fact, they did not secrete or excrete the molecules.

The second group, which was free of tetracycline, did shed the growth factor in their secretions and their excretions. The researchers mentioned that they had not tested the maggots on actual wounds, but they hope that they can function as both medications and wound cleaners, and will also lessen healing time.

The researchers said that people with diabetes who are more vulnerable to long-lasting ulcers in their legs and feet might especially benefit from the GMO maggots. Though it may feel unpleasant, a maggot’s excretions in the wound may help people to recover quickly.